A Fist for Joe Louis and Me

In Depression-era Detroit, two boys, one African-American and the other Jewish, bond over a shared interest in boxing. At the same time, America is gearing up for the rematch between American boxer Joe Louis and the German boxer, Max Schmeling. Against the backdrop of the 1938 Fight of the Century, a boy makes a stand for a friend. 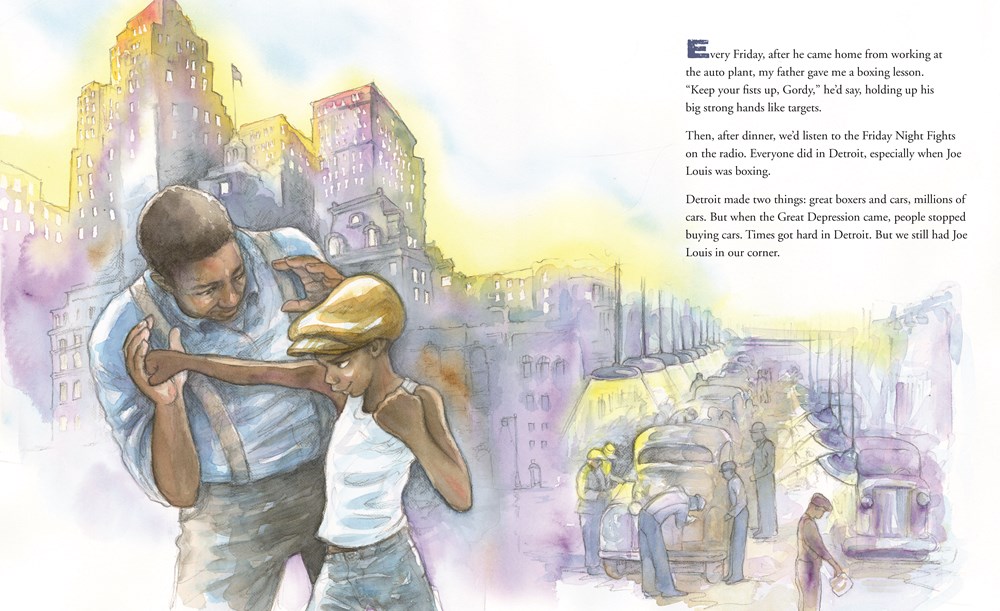 Gordy and his family live in Detroit, Michigan, the heart of the United States automobile industry. Every night after coming home from work at one of the plants, Gordy's father teaches him how to box. Their hero is the famous American boxer Joe Louis, who grew up in Detroit. But the Great Depression has come down hard on the economy. Detroit's auto industry is affected and thousands of people lose their jobs, including Gordy's father. When his mother takes on work with a Jewish tailor, Gordy becomes friends with Ira, the tailor's son, bonding over their shared interest in boxing and Joe Louis. As the boys' friendship grows, Gordy feels protective of Ira, wanting to help the new boy fit in. At the same time, America is gearing up for the rematch between Joe Louis and the German boxer, Max Schmeling. For many Americans this fight is about good versus evil (US against Nazi Germany). Against the backdrop of the 1938 Fight of the Century, a young boy learns what it means to make a stand for a friend.
Share
Share on Facebook Tweet on Twitter Pin on Pinterest