Between the Lines : How Ernie Barnes Went from the Football Field to the Art Gallery 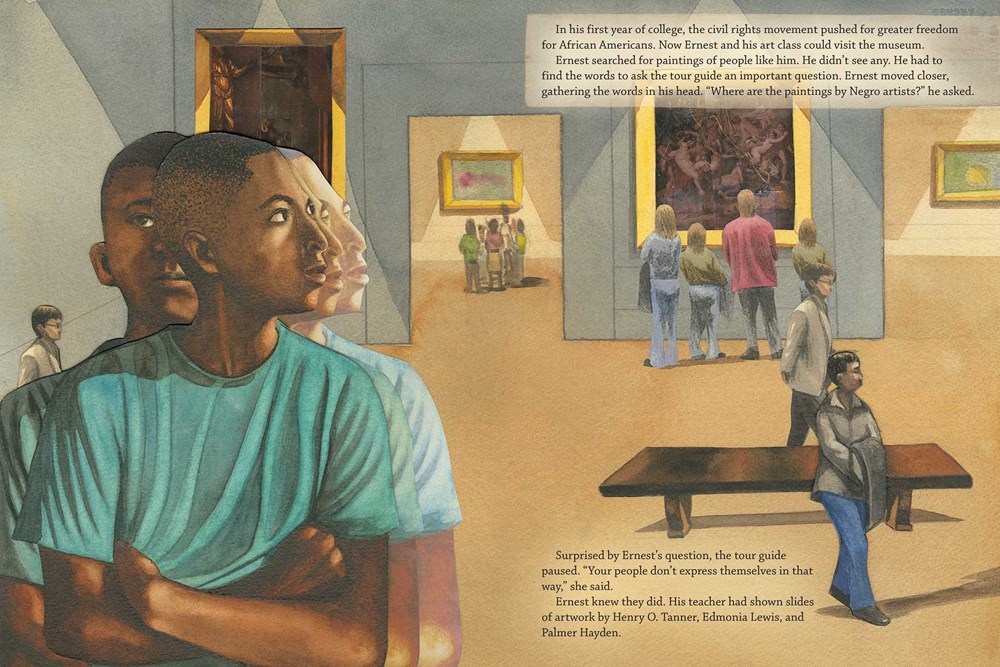 Ernie Barnes was an NFL football player who longed to make art. Finally his dream came true. When Ernie Barnes was growing up in North Carolina in the 1940s, he loved to draw. Even when he played as a boy with his friends he drew with a stick in the mud. And he never left home without a sketchbook. He would draw families walking home from church, or the old man on the sofa. He drew what he saw.But in the segregated south, Ernie didn’t know how to make a living as an artist. Ernie grew tall and athletic and became a football star. Soon enough the colleges came calling. Still, in his heart Ernie longed to paint. Would that day ever come?Ernie Barnes was one of the most important artists of his time known for his style of elongation and movement. His work has influenced a generation of painters and illustrators and can be found in museums and collections, such as the African American Museum in Philadelphia and the California African American Museum.Between the Lines is a story of inspiration, spirit, and of an American original who pursued his dream. This enchanting picture book includes pieces of artwork created by this little known artist who captured the truth and beauty of the world he saw around him.  Ages 4-8.