An ode to New York’s iconic feline friend, and the communities they call home. Bodega is a Spanish word for “grocery store,” but they are so much more than that. Bodegas are often a community cornerstone, a welcoming neighborhood haven, and in New York, an emblem of the city’s cultural diversity. And who knows these treasured institutions better than the cats who run them? (Or at least they think they do!) 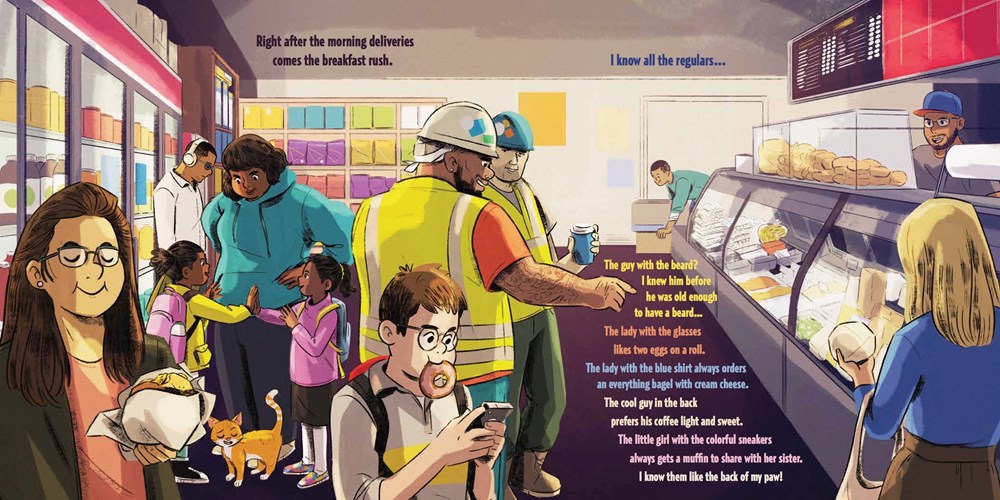 In Bodega Cat, a cat named Chip takes us through his bustling workday at the Matos family’s bodega: from receiving boxes in the morning and the breakfast rush, through counting inventory and making deliveries, to dinnertime with his family, when Papi cooks up some of the best Dominican food in the borough for their friends and neighbors. There is no rest for this busy kitty…except for when it’s time to chase pigeons with his brother Damian, or to take the occasional nap on the potato chip bags.

A slice of city life that celebrates the people who give New York its heart. Ages 3-5