An intimate and investigative portrait of the life and death of beloved Mexican American singer Selena Quintanilla Pérez by Emmy Award–winning journalist María Celeste Arrarás. Now a major series by Telemundo. There is no doubt that Yolanda Saldívar pulled the trigger and killed Tejano superstar Selena on March 31, 1995. But does anyone know what really happened in Room 158 of the Days Inn, moments before the crime took place? María Celeste Arrarás has many answers, and her unrivaled coverage of the murder, trial, and aftermath made her the undisputed expert on the case. Arrarás shares firsthand information about the crime and the people involved—including details of her headline-making jailhouse interview with Saldívar, who repeatedly spoke of “Selena’s secret”—a powerful hidden piece of information that she refused to reveal in court but that she shared at length with Arrarás. Many questions were raised and not all were answered…until now. 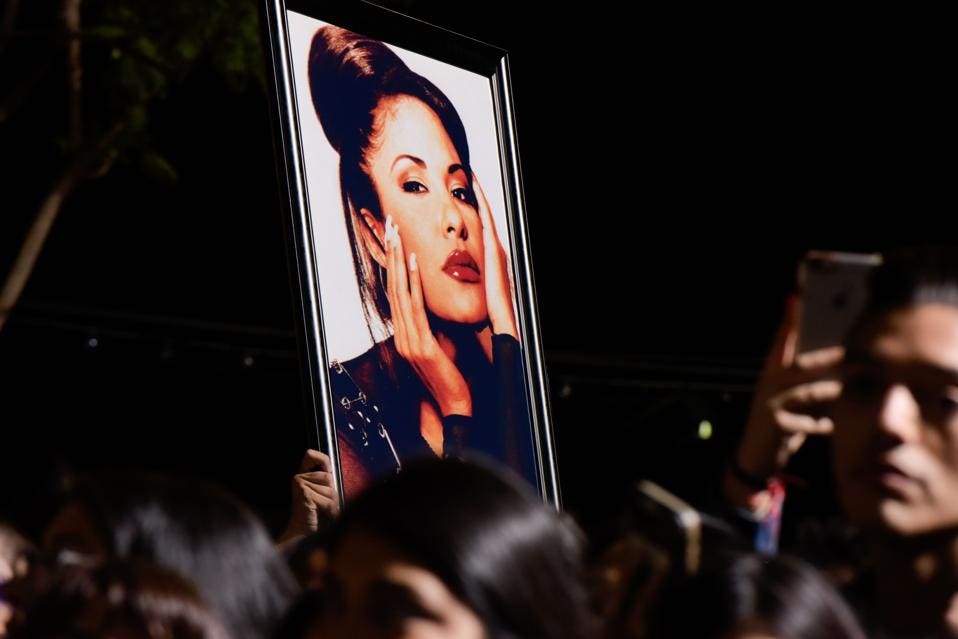 From forbes.com: Fans hold a photo of Selena during the ceremony honoring the singer with a Star on the Hollywood Walk of Fame on November 3, 2017. / AFP PHOTO / TARA ZIEMBA (Photo credit should read TARA ZIEMBA/AFP/Getty Images) Getty

Why was there a suitcase filled with Selena’s clothes at the murder scene? What was the significance of the jeweled ring adorned with the initial S that fell from Selena’s bloody fist? Who was the doctor from Monterrey who called himself Selena’s confidant and business adviser? Selena’s Secret fits together the pieces of this puzzle and depicts what really happened in the months prior to her death that led to the tragic events of that rainy day in March.