'We Can't Breathe' A New Collection of Essays from Jabari Asim

From the publisher: In We Can’t Breathe, Jabari Asim disrupts what Toni Morrison has exposed as the “Master Narrative” and replaces it with a story of black survival and persistence through art and community in the face of centuries of racism. In eight wide-ranging and penetrating essays, he explores such topics as the twisted legacy of jokes and falsehoods in black life; the importance of black fathers and community; the significance of black writers and stories; and the beauty and pain of the black body.

"Nearly a half century before it became a battle cry prompted by the police killing of Eric Garner, Ronald Fair made We Can’t Breathe a ringing declaration of intent." ~Jabari Asim

What emerges is a rich portrait of a community and culture that has resisted, survived, and flourished despite centuries of racism, violence, and trauma. These thought-provoking essays present a different side of American history, one that doesn’t depend on a narrative steeped in oppression but rather reveals black voices telling their own stories. (Macmillan Publishers)

Click the book cover to read an excerpt from We Can't Breathe courtesy of Macmillan Publishers. 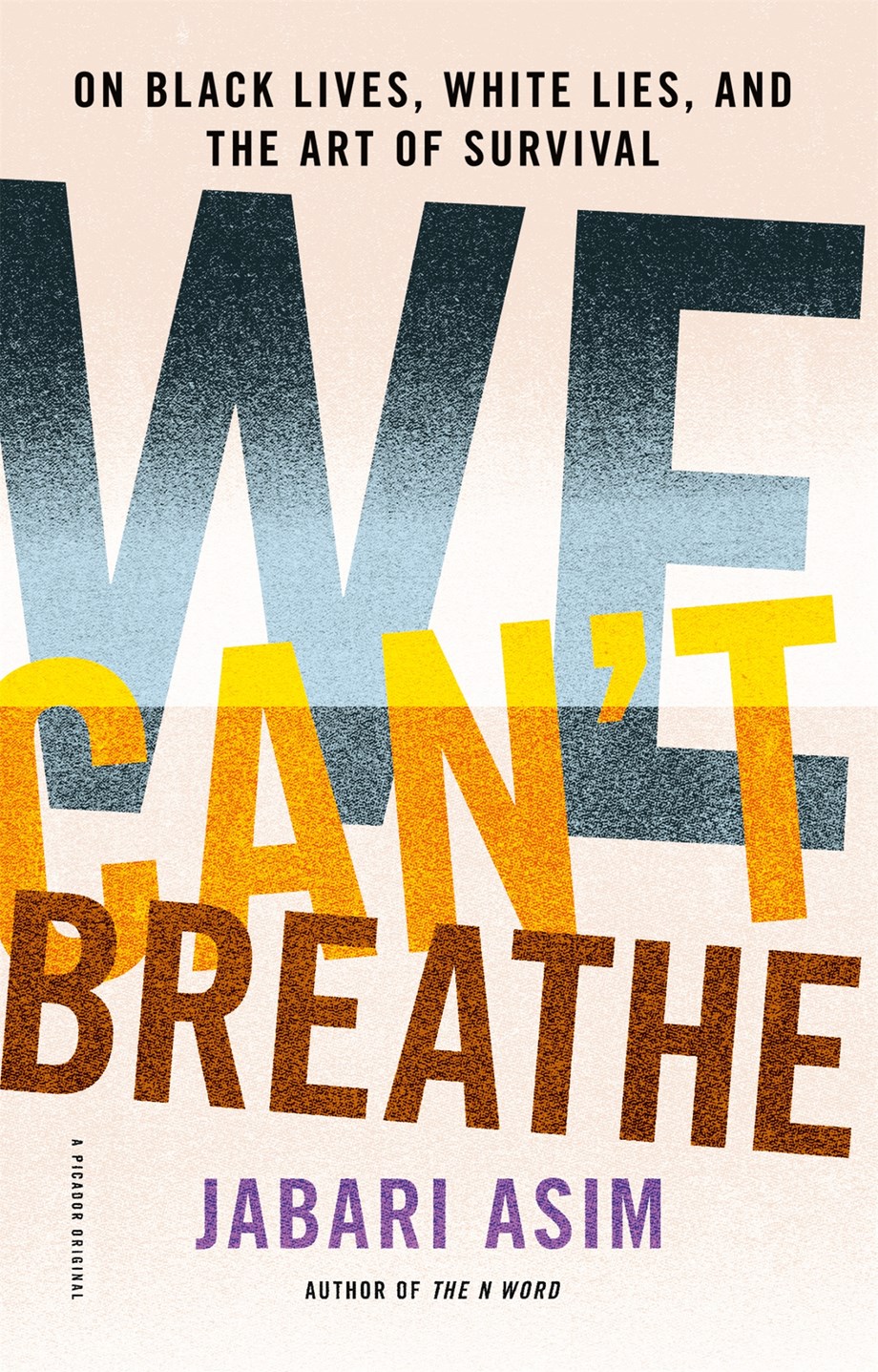 In the chapter Getting it Twisted, Asim brilliantly uses his own analysis of the 1972 fictional autobiography 'We Can't Breathe' (read a New York Times 1972 book review) by writer Ronald Fair to flash forward to the current state of America:

[Ernie, the author’s alter ego, continues to face bitter circumstances but regards them with a defiant glare. “I was extremely cold, but my mind was occupied with a story that I wanted to write about the North,” he confides, “a story that I felt no one would believe or take seriously. Undoubtedly, it was something that had happened to someone’s cousin or uncle or brother or father, and was told over the years from black neighborhood to neighborhood, from city to city, north and south, until I finally heard it. I don’t remember having been told the whole story, only certain aspects of it. I knew it would be good, and I also knew that the truth of this story would be denied by whites. But I was going to write it anyway.” Nearly a half century before it became a battle cry prompted by the police killing of Eric Garner, Ronald Fair made We Can’t Breathe a ringing declaration of intent.]

Published October 16, 2018, Jabari Asim's latest essay collection is perfect for readers of Bunk by Kevin Young and We Gon' Be Alright by Jeff Chang. Available at We Are LIT!