A beautiful picture book about Ann Cole Lowe, a little-known African-American fashion designer who battled personal and social adversity in order to pursue her passion of making beautiful gowns and went on to become one of society's top designers. 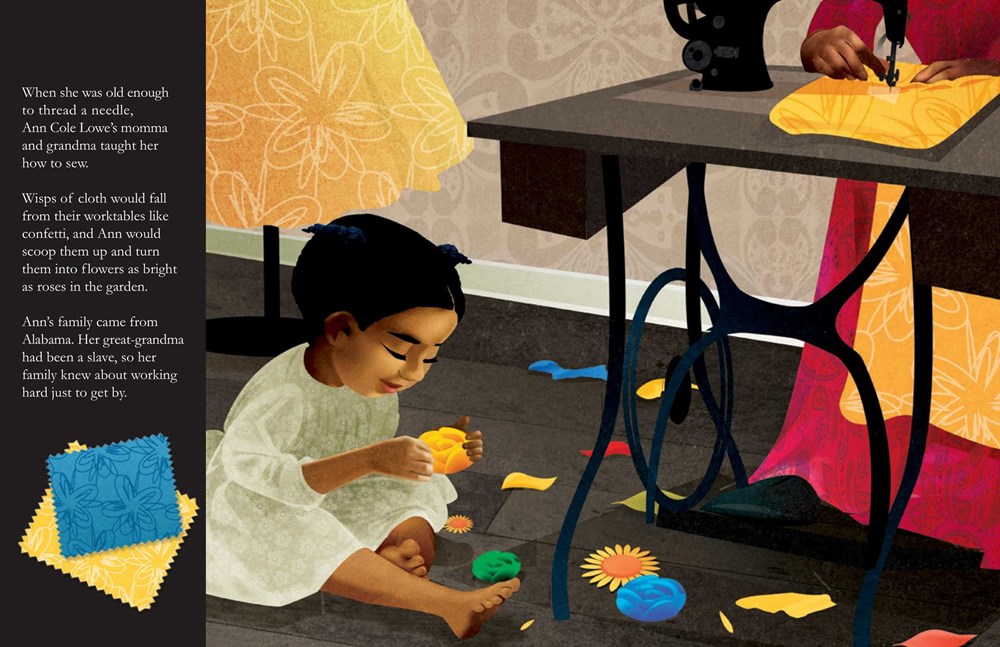 Wisps of cloth would fall from their worktables like confetti,
and Ann would scoop them up and turn them into flowers
as bright as roses in the garden.
Ann's family came from Alabama.
Her great grandma had been a slave,
so her family knew about working hard
just to get by. 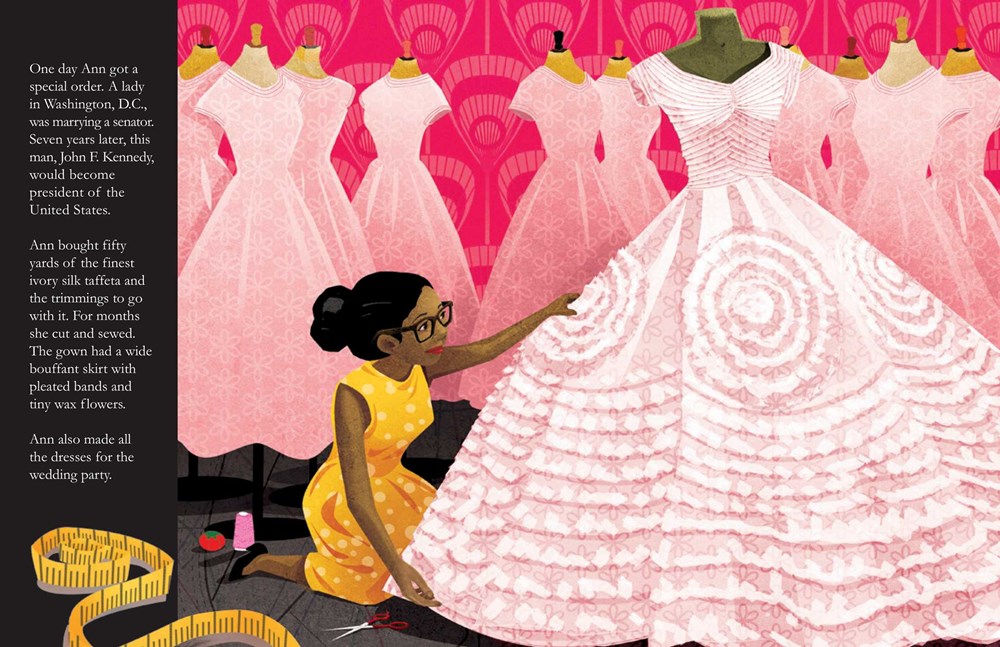 As soon as Ann Cole Lowe could walk, her momma and grandma taught her to sew. She worked near her momma in their Alabama family shop in the early 1900s, making glorious dresses for women who went to fancy parties. When Ann was 16, her momma died, and Ann continued sewing dresses. It wasn't easy, especially when she went to design school and had to learn alone, segregated from the rest of the class. But the work she did set her spirit soaring, as evidenced in the clothes she made, including Jackie Kennedy's wedding dress and Olivia de Havilland's dress at the Oscars when she won for Best Actress in To Each His Own. Rarely credited, Ann Cole Lowe became "society's best kept secret." This beautiful picture book shines the spotlight on a little-known visionary who persevered in times of hardship, always doing what she was passionate about: making elegant gowns for the women who loved to wear them.