The award-winning, New York Times bestselling novel about four African-American female mathematicians at NASA is being retold and beautifully illustrated by Laura Freeman in picture book format, perfect for early readers. Katherine, Dorothy, Mary, and Christine were all good at math. Really good. 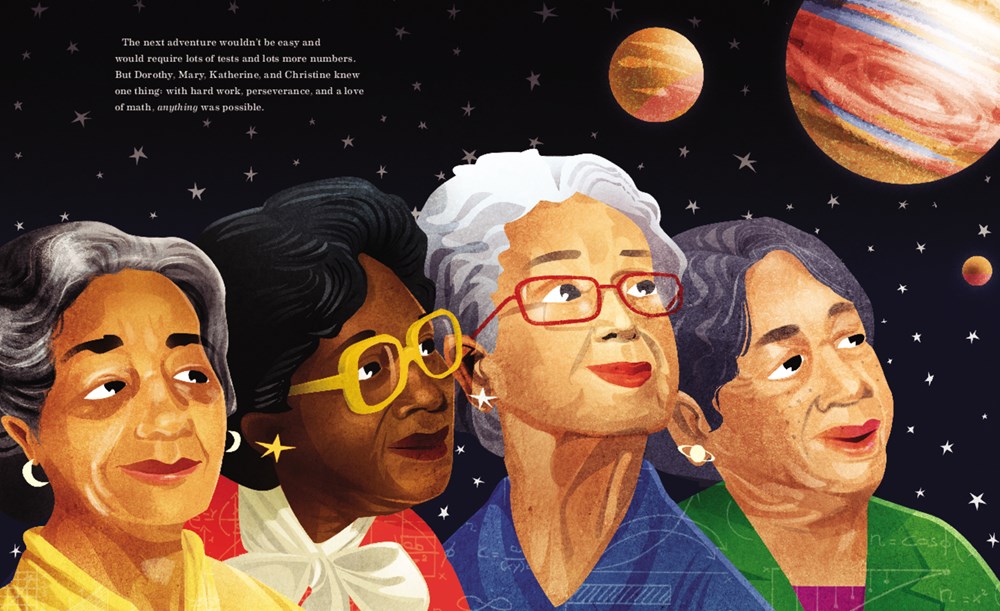 And it was their understanding of numbers that helped them do what seemed impossible. They were African-American women living during a time when being black and a woman limited what they could do. But Katherine, Dorothy, Mary, and Christine were hardworking and persistent and most important, smart. And that’s why NASA hired them as mathematicians, also known as “colored computers,” to help send the United States into space for the very first time. This inspiring story brings to life these four “hidden figures” and what they overcame to succeed, changing not only their own lives, but the face of air and space travel forever. Ages 4-8