I Can Write the World

Eight-year-old Ava Murray wants to know why there’s a difference between the warm, friendly Bronx neighborhood filled with music and art in which she lives and the Bronx she sees in news stories on TV and on the Internet. When her mother explains that the power of stories lies in the hands of those who write them, Ava decides to become a journalist. 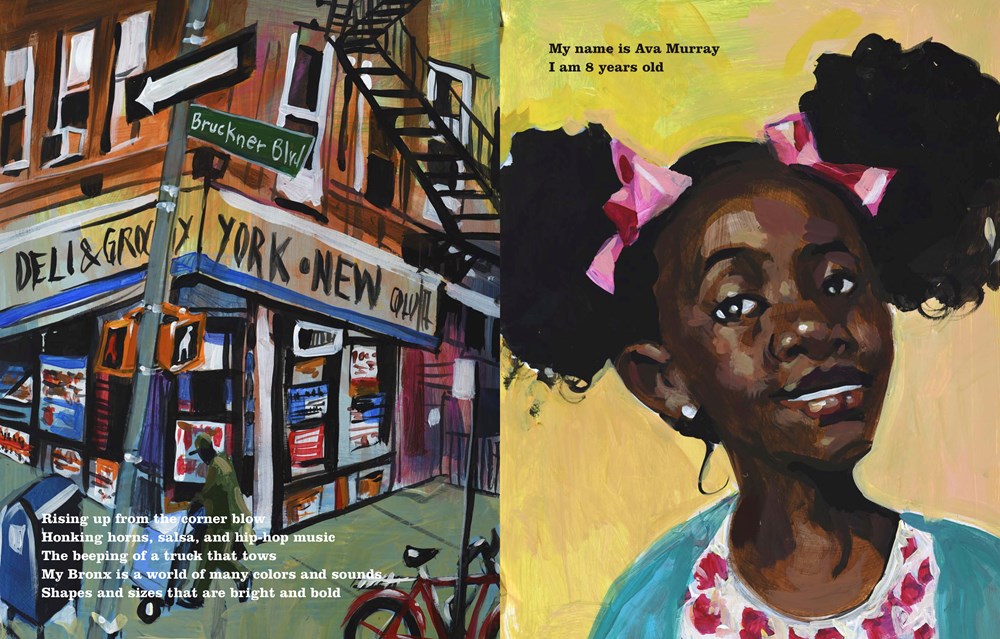 I Can Write the World follows Ava as she explores her vibrant South Bronx neighborhood - buildings whose walls boast gorgeous murals of historical figures as well as intricate, colorful street art, the dozens of different languages and dialects coming from the mouths of passersby, the many types of music coming out of neighbors’ windows and passing cars. In reporting how the music and art and culture of her neighborhood reflect the diversity of the people of New York City, Ava shows the world as she sees it, revealing to children the power of their own voice. Ages 5-8