The Seven Culinary Wonders of the World

A culinary history of the seven food staples that have shaped human history, including 63 original recipes. The Seven Culinary Wonders of the World is a global culinary history told through the stories of seven essential ingredients found in cuisines all over the world: honey, salt, chile, pork, rice, cacao, and tomato. Each of these foundational ingredients has played a long and valuable role in human foodways and culture, and each has its own fascinating history. 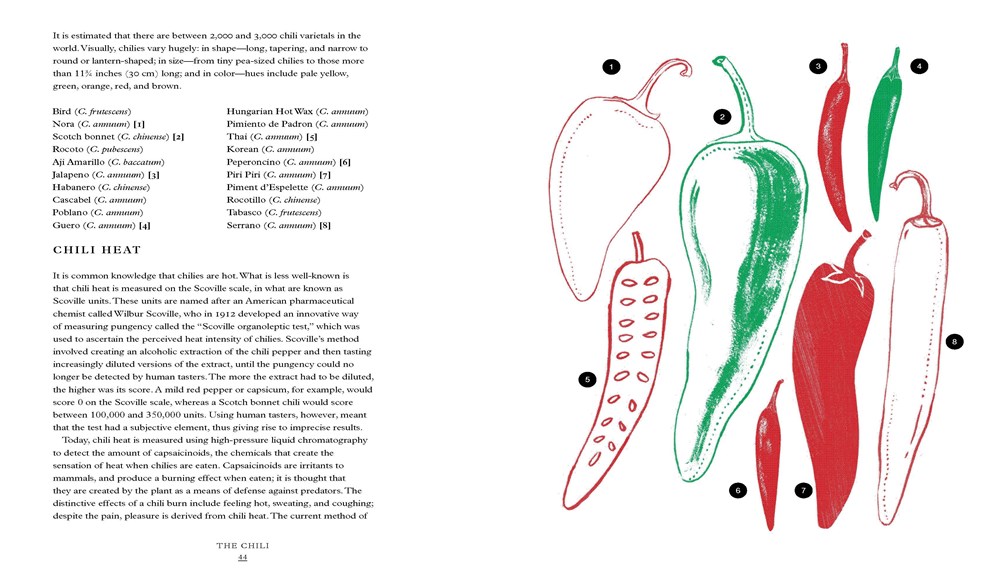 This engagingly illustrated book traces the journeys of these foodstuffs as they were transported from their regions of origin to faraway cultures and countries, there to take up starring roles in new cuisines. The Seven Culinary Wonders of the World explores each food in depth, beautifully illustrated by specially commissioned artworks, and views them through a number of prisms—social, cultural, historical, and botanical—to offer readers fresh, informative insights into seemingly everyday foods that reveal themselves as wondrous. The rich and diverse cultural stories of these seven ingredients are also told, from the magical and aphrodisiac powers associated with cacao in Mesoamerican culture to the introduction of tomatoes to Europe by the Spanish conquistadors in the sixteenth century and the earliest cultivation of rice in China’s Pearl Valley. Readers can take the seven ingredients into their own kitchens via 63 original recipes for dishes both traditional and innovative.